I have never wanted to do anything else but study space. I grew up in anthracite country in eastern Pennsylvania, where there were no professional... END_OF_DOCUMENT_TOKEN_TO_BE_REPLACED 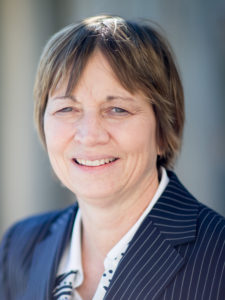 E. A. Griswold Professor of Geophysics and Vice President for Research at Massachusetts Institute of Technology

I grew up in eastern Pennsylvania, in anthracite coal country. Growing up I was interested in space and built my own telescopes to observe the night sky. I was one of five children, and no one In my family, parents, grandparents, etc., had gone to college. I was fortunate to attend the University of Pennsylvania in Philadelphia, PA where I majored in astronomy and geology. While at Penn I worked in a physics lab and ran the observatory at the Franklin Institute on weekends to help finance my education. After graduating from Penn, I continued to study at Brown University in Providence, RI where I received master’s and Ph.D. degrees in geophysics.

After graduate school, I took a position at NASA’s Goddard Space Flight Center where I began working with engineers to design a laser ranging system that could fly in space. We tested the system in an airplane and had a working model in less than a year. To our surprise, we proposed this experiment and it was competitively selected to fly in space, but unfortunately the spacecraft was lost three days before entering orbit around Mars. We persevered and re-flew that experiment, and it succeeded the second time. We produced a topographic model for Mars that was better than Earth, and that led to many other opportunities for our talented team. We proposed and had the opportunity to develop numerous other experiments to map the planets.

During this time, I moved from NASA to Johns Hopkins University and then to the Massachusetts Institute of Technology where I still work today. Also during this time my husband and I raised two sons who are now on their way towards successful careers of their own. At MIT I work with students and a research staff, as well as colleagues at many other academic institutions and NASA centers.

I love my work.