At sea, there’s skill and then there’s luck. Sailors need equal measures of both.

This year’s Vendée Globe is proof that skill is sometimes not enough. Eleven out of the original 29 starting skippers have had to abandon the race because of various types of bad luck, including collision with unidentified floating objects and autopilot failures leading to dismasting.

Considering the importance of chance, it’s no wonder that sailors are a superstitious lot, appealing to a host of spiritual powers to protect and bless their voyages. One spiritual power that has played a particular role for us is Tin Hau, also called Mazu, a Chinese goddess of the sea. In 2003, before setting sail from Hong Kong to New York with Rich du Moulin, we visited the shrine of Mazu on High Island (Leung Shuen Wan) in Hong Kong. Landing on the island by helicopter, we lit incense to ask the goddess’ blessing on our voyage. Thanks perhaps to Mazu’s benevolence, we made the passage safely that time, beating the speed record set in 1849 by the clipper ship Sea Witch. 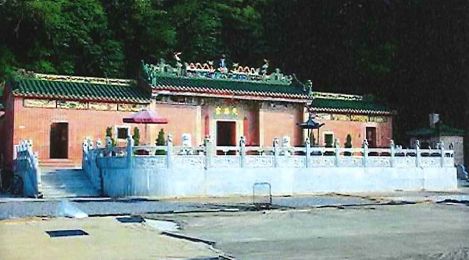 The shrine of Mazu on High Island (Leung Shuen Wan) in Hong Kong. 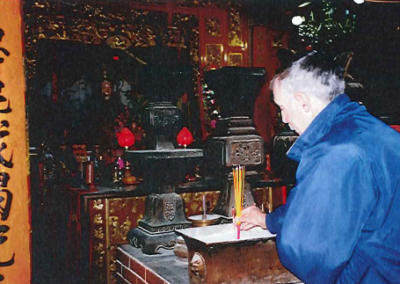 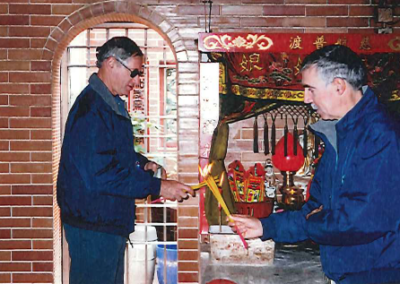 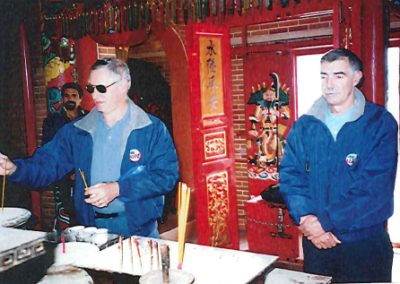 A few days ago, Tin Hau was again solicited on our behalf. Steven Chen, General Manager of the Education Business Division at Taiwan’s UDN Group, one of our education partners, and Jeffrey Williams, our sitesALIVE advisor for China and Taiwan, visited the shrine of Tin Hau in Steven’s home town of Ilan, Taiwan, and burned some incense in our honor. Ilan is a fishing town so the temple is quite old. Steven believes we will conquer all challenges and get back home soon. “Please sail safely and take good care of yourself,” he writes. “We all wait for your visit to share the great experience with our kids in school.” 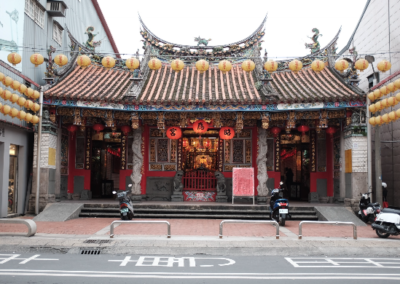 The shrine of Tin Hau in Ilan, Taiwan. 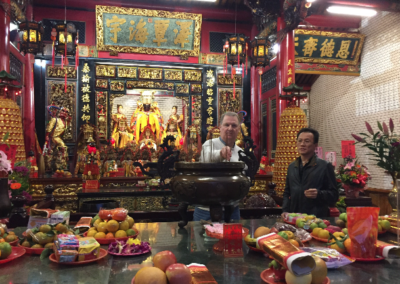 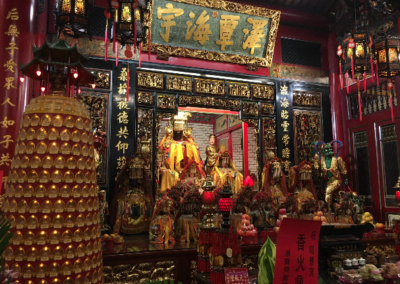 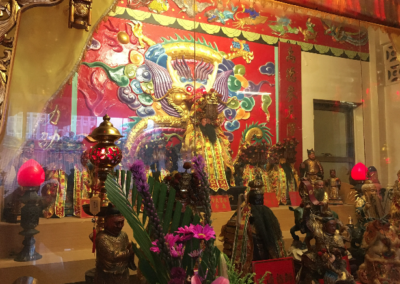 Tin Hau is the deified form of the historical Lin Mo or Moniang, a shaman from Fujian traditionally thought to have lived around 960. She was said to have stood on the shore in red garments to guide fishing boats home, regardless of harsh or dangerous weather, and to have saved some members of her family when they were caught offshore during a typhoon. Revered after her death as a patron of seafarers, she was thought to roam the seas, protecting her believers through miraculous interventions. In late imperial China, sailors often carried effigies of Mazu to ensure safe crossings. Some boats still carry small shrines on their bows. Today, the goddess is worshipped in more than 2,000 temples around the world, not only in coastal areas of Fujian and Taiwan, but also overseas in places with sizable Chinese populations, such as Southeast Asia and even Honolulu. Her temples were among the first erected by arriving overseas Chinese, as they gave thanks for their safe passage. 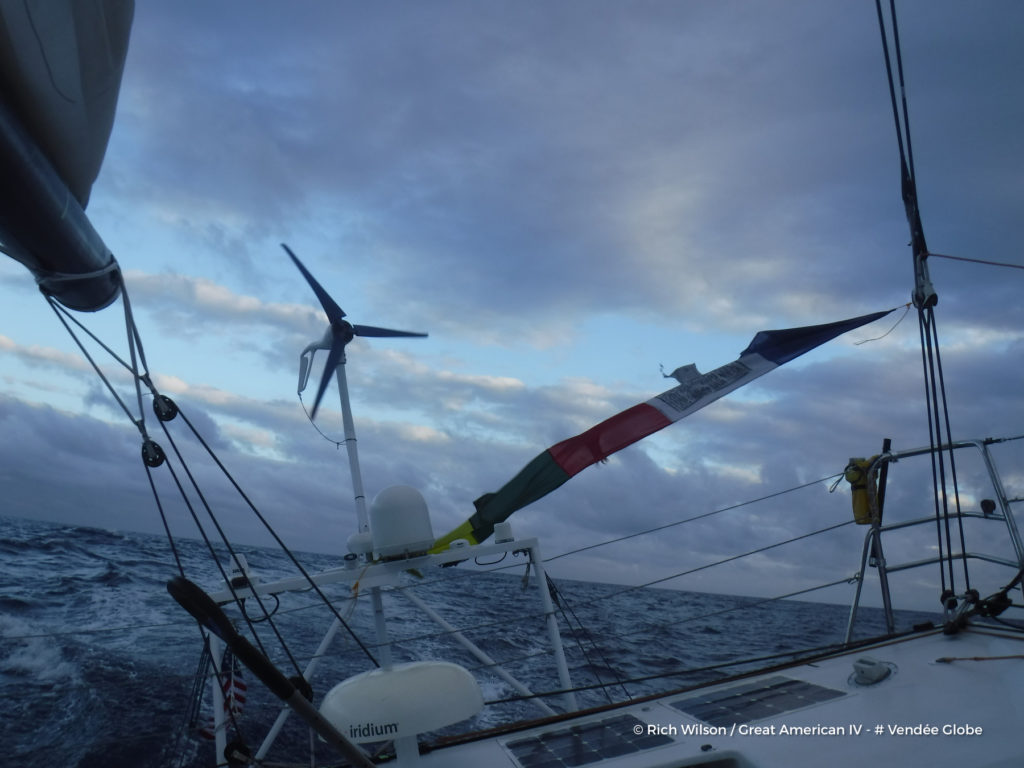 A month and a half ago, when we crossed the equator and headed into the southern ocean, we wondered how we would fare. At the crossing, we were flying Tibetan prayer flags given to us by Scott Hamilton, a conqueror of Mt. Everest. The five flags, each of a different color representing the five elements of earth, water, fire, wind and sky, were blessed by a high Lama during a special prayer service in Nepal. In my set, each flag carries the image of a powerful protective deity.  On the white flag (wind) is a personal favorite, Lung Ta, “The Wind Horse”, who symbolizes freedom of movement, perfect health, luck and success in all endeavors. Tibetans believe the prayers and mantras printed on the flags will be blown by the wind to spread good will and compassion. By hanging the flags off the stern, we allow the Lung Ta to carry blessings to all beings.

In recent days, we’ve weathered gales and certainly will face more challenges before re-crossing the equator going north, at which point we’ll raise the Tibetan flags for the second time. Luck has a big role to play and we hope that King Neptune, Tin Hau, Lung Ta and all spiritual powers will continue to smile on us.