One must be careful of the Routing function of navigational software. It will give you the theoretical fastest route, but may be impractical to sail.

Earlier today, the software saw a gybe south to go to the Antarctic Exclusion Zone, then gybe back when the next system came along. It seemed enticing as our little group has gone faster and separated, the other 3, Alan, Eric, Enda remaining in the tail of stronger winds, and we being overtaken by lighter winds, so that they really were pulling away.

But a lot would have had to go precisely on the GRIB file weather forecast, plus the accuracy of the polars, plus my willingness to do what it suggested. For many hours, we waited for the windshift, which did not come ultimately, and so we continued east. We clearly would have lost more mileage if we had followed that routing and gybed when the computer said to gybe.

So in this simulation, we had to check the computer data in the GRIB file with the real world wind velocity and direction that we actually had, plus we had to ask ourselves whether we wanted to flirt with the penalties of accidentally crossing the AEZ, plus were we willing to fly the masthead gennaker in that much wind?

So in fact we delayed, waiting for confirmation of the data, which did not come, and are clearly better off for it. We are still behind, and not catching up, but we are less far behind for not following the computer.

We are working on sorting another oddity and had a funny coincidence. We are looking at the marginally different compass headings that our plethora of compasses give. In the past, we had an issue with Magnetic Variation, where one compass had been shielded accidentally and was therefore not getting all the data it needed from the GPS satellite system. So MagVar was on my mind. I looked at 3 of our compasses in the electronic data, and MagVar was 0 degrees. I thought – here we go again. And then I remembered that here in the Indian Ocean, is the south magnetic pole, and so the MagVar can change rapidly, and it would sometimes have a serious effect on compasses. So I looked up online (yes, I can get to the internet here!) and found the attached Magnetic Variation map, and lo and behold, we were precisely on the green zero degree line! 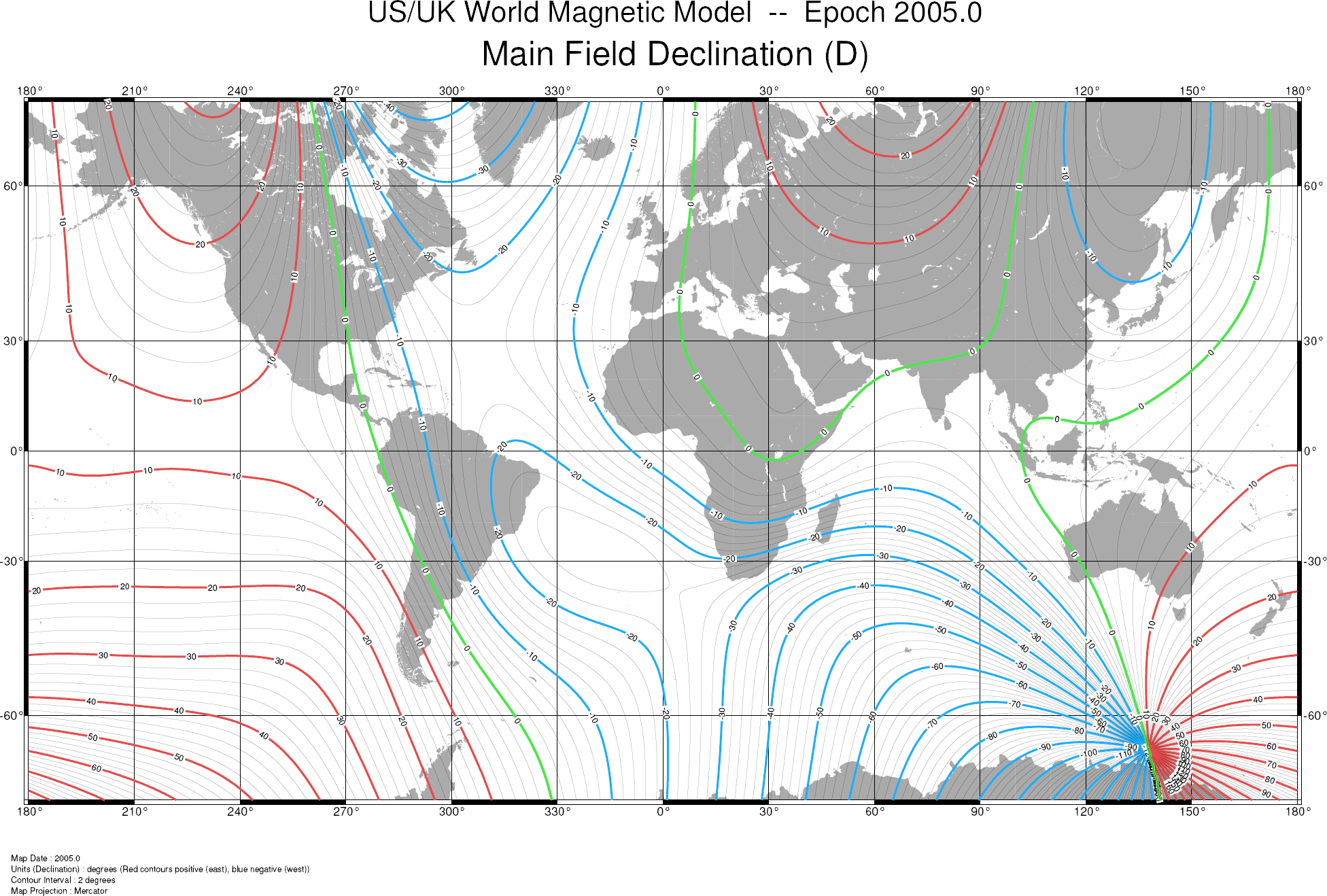