Off the Coast of Morocco 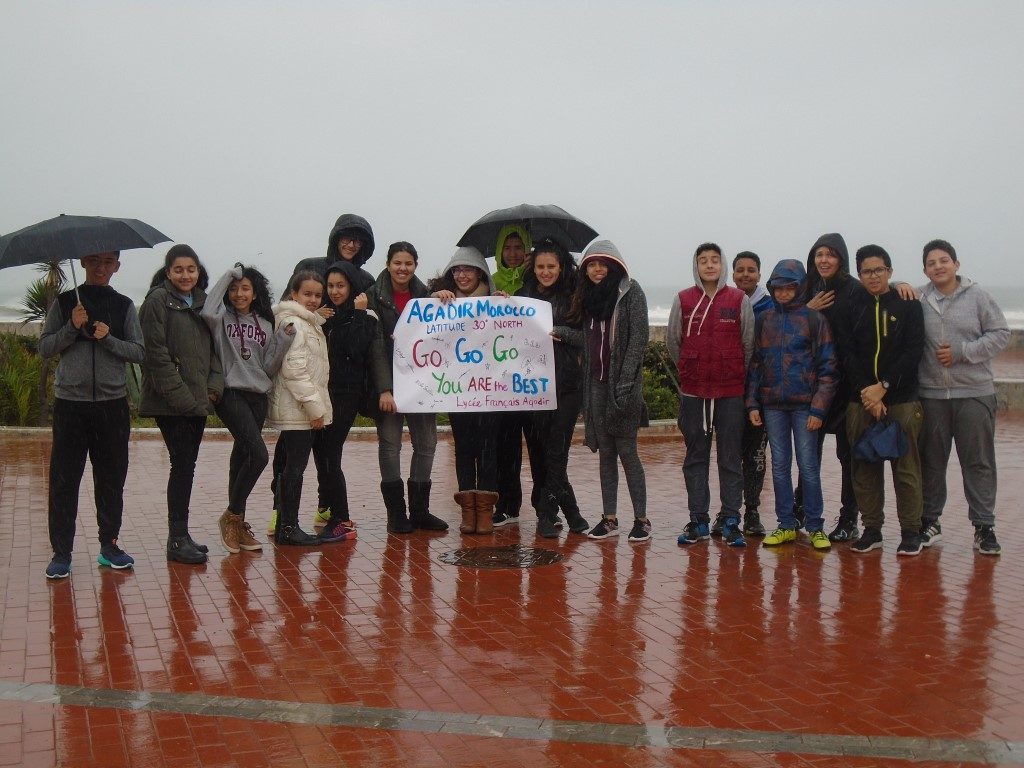 We are well off the coast of Morocco. Today, we made a nice little video for one of our sitesALIVE! classes that is in Agadir, Morocco. They are only half a kilometer from the beach and said they were going to go look out to sea when we were at about the same latitude. So we reciprocated with a short video greeting to them, Mrs. Sudlow’s class in Agadir. That was really nice.

Had a very long night last night. Our weather conditions were variable, which is a charitable way to say it. We had 4 knots to 22 knots of wind, with 100 degree wind shifts, almost every hour. Sails coming and going and made little progress. Very frustrating, since all the weather reports showed steady, 15-20 knots from the west, which is nothing like what we had. We had another separation of the battens from the batten car today, so that was about a 7 or 8 hour job to get that put back together again. Ultimately, we used a new car and a new connecting piece, so hopefully that will work. We are trying to re-lead some of the luff reef lines, too, to see if that possibly might be contributing.

Now we’ve got strong winds, 20 knots from the west and we’re making 12 to 13 knots, to the north northeast, heading up towards the Azores. Hopefully we’ll get there in a couple of days. Then, try to work our way in. The weather systems ahead look quite complicated.

Congratulations to Eric Bellion for finishing today. Fabulous job! Eric was one of the guys that I was talking with almost on a daily basis, or multiple times a day, through email, when we were all in the south around the Kerguelen Islands, in the middle of the Indian Ocean. He just did a really fabulous job with the race. A really good guy, and congratulations to him. Well done, Eric!