Have you ever seen a Hammerhead shark while at sea?

Dear Alex,
No, I’ve never seen a hammerhead shark at sea. I actually haven’t seen many sharks at sea, just very occasionally. We see a lot of flying fish in the tropics. The boat is now covered in scales and bits of flying fish that mistake Great American IV for a predator, and leap out of the water and try to glide away, but make the mistake of gliding toward the boat and slamming into it. When I’m in the cabin, perhaps every 30 or 45 minutes you hear one hit – thwack! Then flap, flap, flap, flap as the flying fish tries to get back into the water. Sometimes they make it, sometimes if I find them soon enough, I can shovel them back over the side of the boat, and sometimes I find them the next morning, but long since deceased. Then we also see porpoises or dolphins that might come along and swim with the boat. These are great to see. Plus occasionally, in the distance, we might see the spout of a whale. 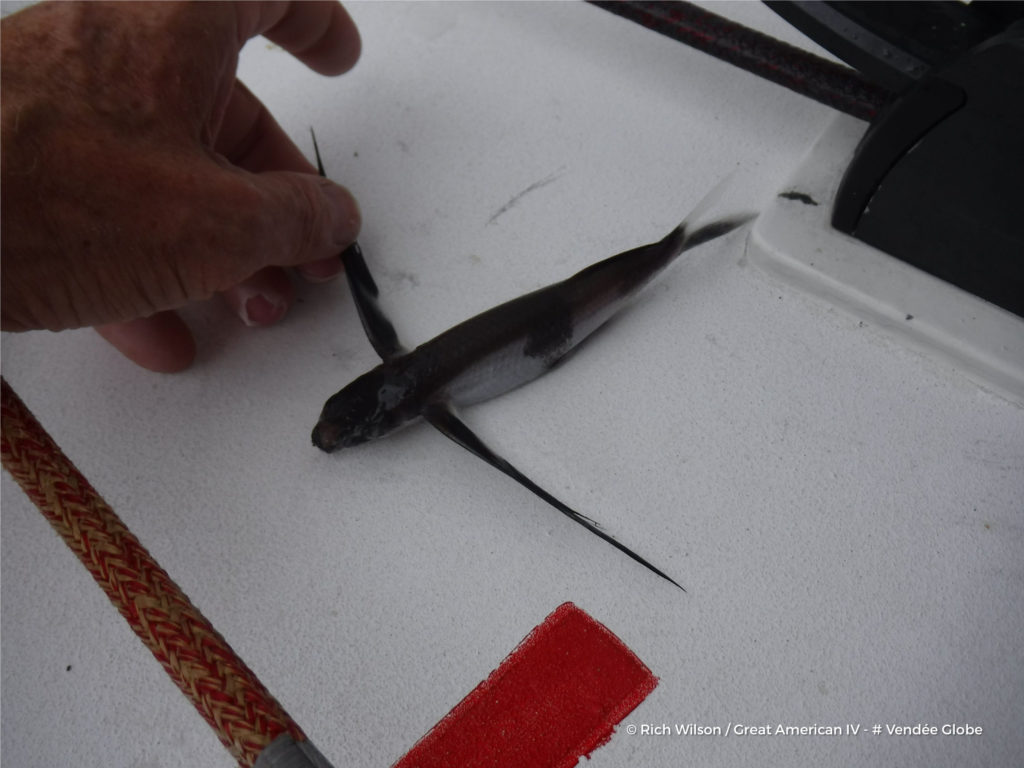