Another challenging night, not as bad in terms of miles lost as the previous night where we went in circles essentially for 4 – 5 hours, but difficult nonetheless. This time the culprit was a line of clouds and intense rainstorms and massively shifting wind, both in direction and velocity. 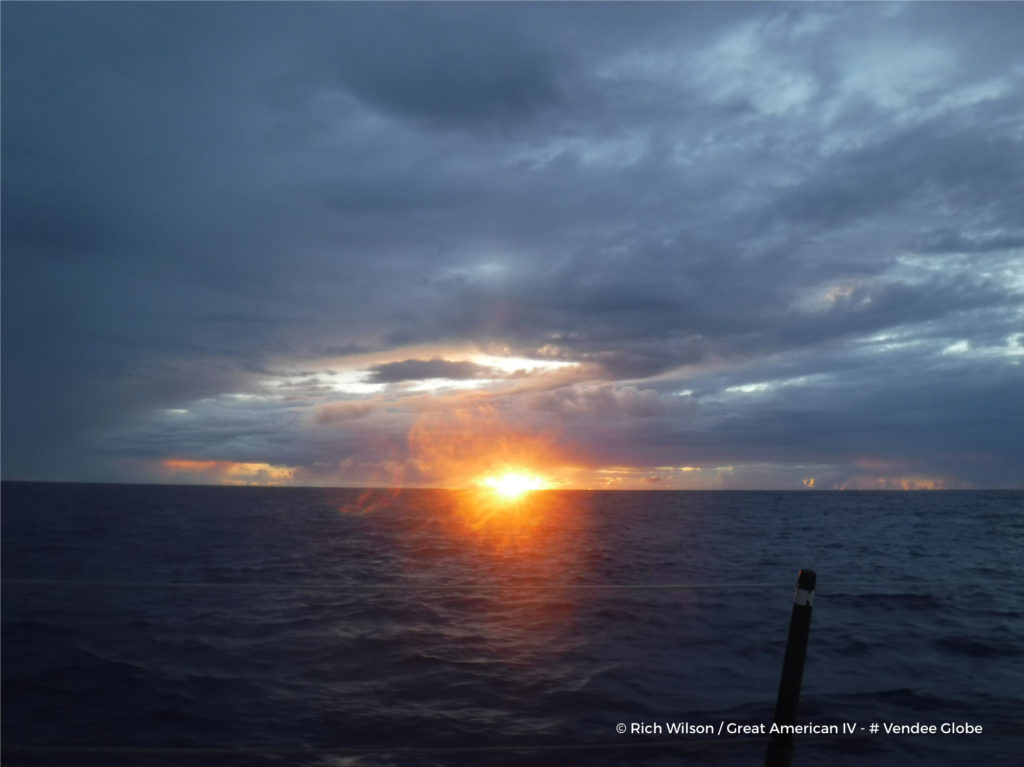 We could see the big rainstorms on the radar, coming for us. And with the night sky being clear yet moonless, we could see the clouds coming. Some might not have rain. But they would still have the big windshifts, and the drop in velocity from 10 to 4 knots, and then it would take a long time for the overall regional wind direction and velocity to re-assert itself. So we were all over the place for 4-5 hours . One time, after some sail adjustments, I sat under the cuddy, only to awake a half-hour later in the next cloud and windshift.

So now we find ourselves going as fast as possible north since there is a reduced wind area chasing us north. If we can keep ahead of that line for the next 6 or 8 hours, we should be able to stay in the 10 knot region for a bit as we go through the oil rig area off Rio de Janeiro. Hopefully we will get most of the way through during daylight, but even anticipating that is fraught with an invitation to King Neptune to not let us through!

All through yesterday, with the Genoa and full Mainsail, we would go from being overpowered to underpowered, and we continually tried to keep up by loading ballast tanks 3 and/or 4 and then draining them.

The night sky, apart from the clouds and rainstorms, was spectacular once again, and we saw a satellite last night too! I was hoping to see one, but had not gone to my favorite satellite website, www.heavens-above.com, which will give you the satellites you should be able to see from a specific location and time. Since we have blue skies now, perhaps we’ll have a nice sky tonight and can see another satellite.

One thing that was inviting was that around 0300, in between rainstorms and squalls, the sky cleared, and forward, directly on our path, were the pointer stars of the Big Dipper. We won’t see Polaris until after we cross the Equator, but we’re going in the right direction. To see Polaris welcoming us back to the Northern Hemisphere will be a terrific milestone. We’ve still got a long way to go, but we are progressing.