Decision-making in my immediate context of a Southern Ocean gale is about risk and return. My goal is to get safely to Cape Horn. We have another 36-48 hours of this storm to go. That is a long time for the boat and skipper to be at risk. And we have an immediately sad example of that risk in the dismasting today of Enda O’Coineen’s boat on the other side of this storm. 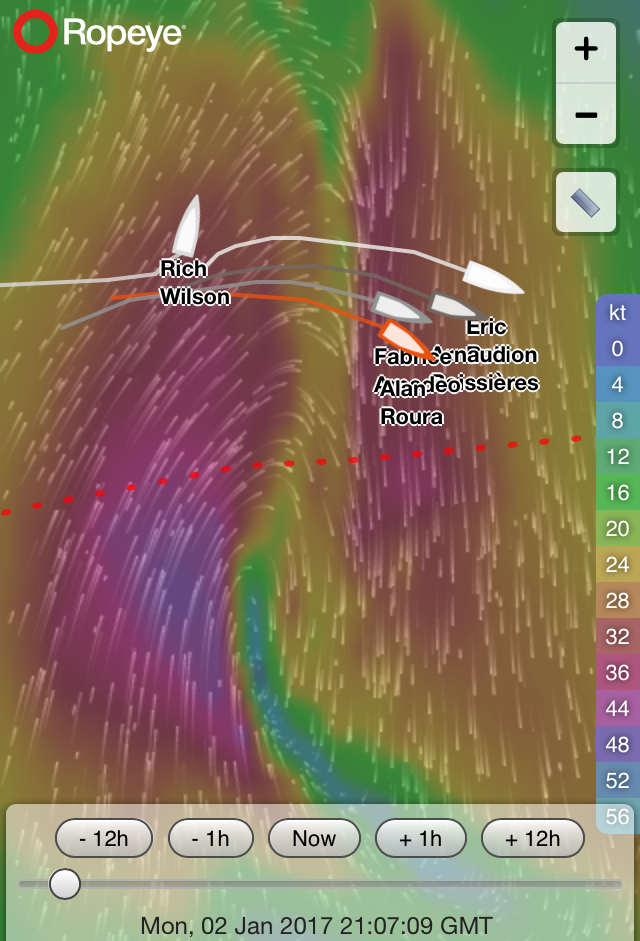 So the first goal is to get through this storm. And the second goal is to get through the storm that is following behind it. So do we try to go faster, with more risk, in this storm, to be able to get out of the way of the second storm? Or should we be safer and more conservative in this storm, and then deal with the second storm when it arrives? After all, the forecast of that storm may change for the better, or for the worse, but it is far from certain now.

Another factor is that we must make sure that the staysail, our workhorse sail, is in good shape when we get to the Atlantic. So should we add any risk to that sail for the benefit of a few extra knots of speed in the storm? If we go a little faster, will that save us from the second storm? It gets complicated quickly!

Plus, for me, one has to sail according to one’s nature, and for me that is being conservative. If I have the storm jib, I can get some sleep in and be better rested than if I have the staysail and are going faster, but bouncing and ricocheting off the waves, and unable to sleep.

Every decision, at sea or in life, has different inputs to the risk and return equation. They must be weighed carefully with their consequences to attain a final decision.